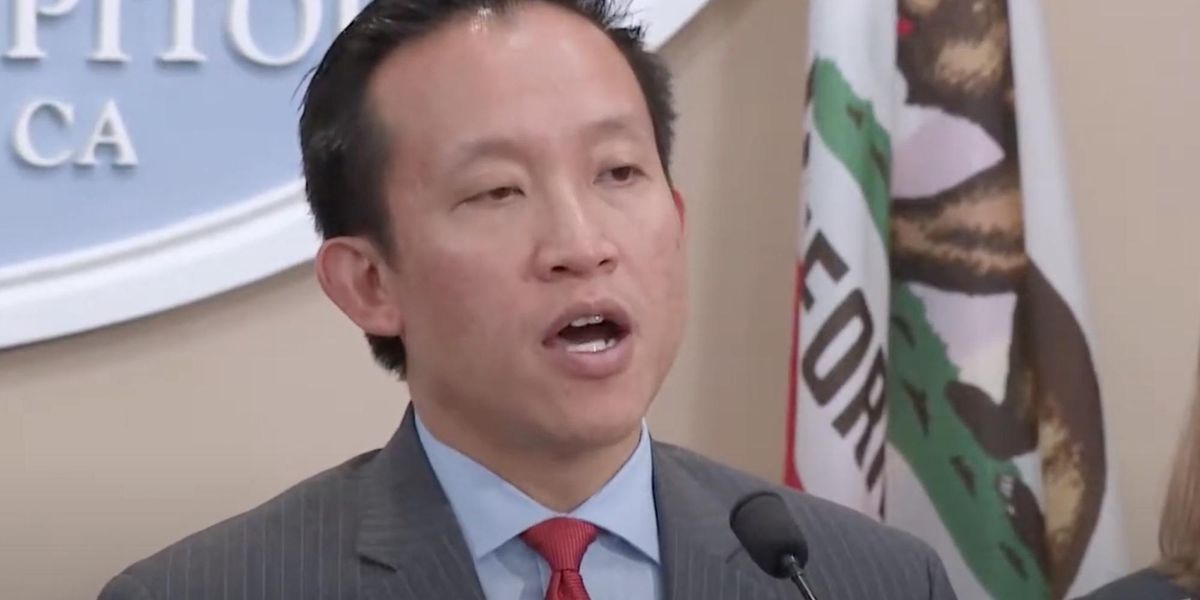 A California state lawmaker was mocked mercilessly online after he posted a photograph of discarded packaging from a gun that turned out to be a toy airsoft gun.

California state Assemblyman David Chiu (D) said he was on his evening walk when he encountered the blister packaging of a Glock brand gun. Chiu, a leading gun control proponent, immediately tried to tie the discovery to the preponderance of guns on the streets of his home state.

“Finding the discarded packaging of a semi-automatic on a leisurely weekend walk was disturbing, particularly during this month’s surge of gun violence in San Francisco,” Chiu tweeted.

Chiu didn’t stop to look closely at the packaging, which clearly identified the toy as an airsoft gun, not a real firearm. Many on social media pounced at the opportunity to mock and ridicule the gun control advocate.

I didn’t realize semi-automatic handguns were sold in the same kind of packaging as an HDMI cable @DavidChiu https://t.co/bIWpGEQGmC

“I deleted an earlier tweet that misidentified a Glock 19 air pistol,” he tweeted.

I deleted an earlier tweet that misidentified a Glock 19 air pistol. While not a semi-automatic, it’s still disturb… https://t.co/y3KE1NGUj4

“While not a semi-automatic, it’s still disturbing to see remnants of a weapon that can cause injury, especially in an area where young kids play and while we are dealing with a surge of gun violence in SF,” he added.

Chiu’s explanation did not fare well with his critics who continued to ridicule him.

“Why did you delete this one @DavidChiu? It’s not like one of the most outspoken gun control activists in California’s legislature should know the difference between a toy gun and a real gun,” replied the Latino Rifle Organization account.

Chiu is a proponent of micro-stamping on bullets in order to help law enforcement track a gun’s make, model and serial number when used to commit crimes. Second Amendment advocates point to studies that show the policy is ineffective and interferes with the constitutional right to bear arms.