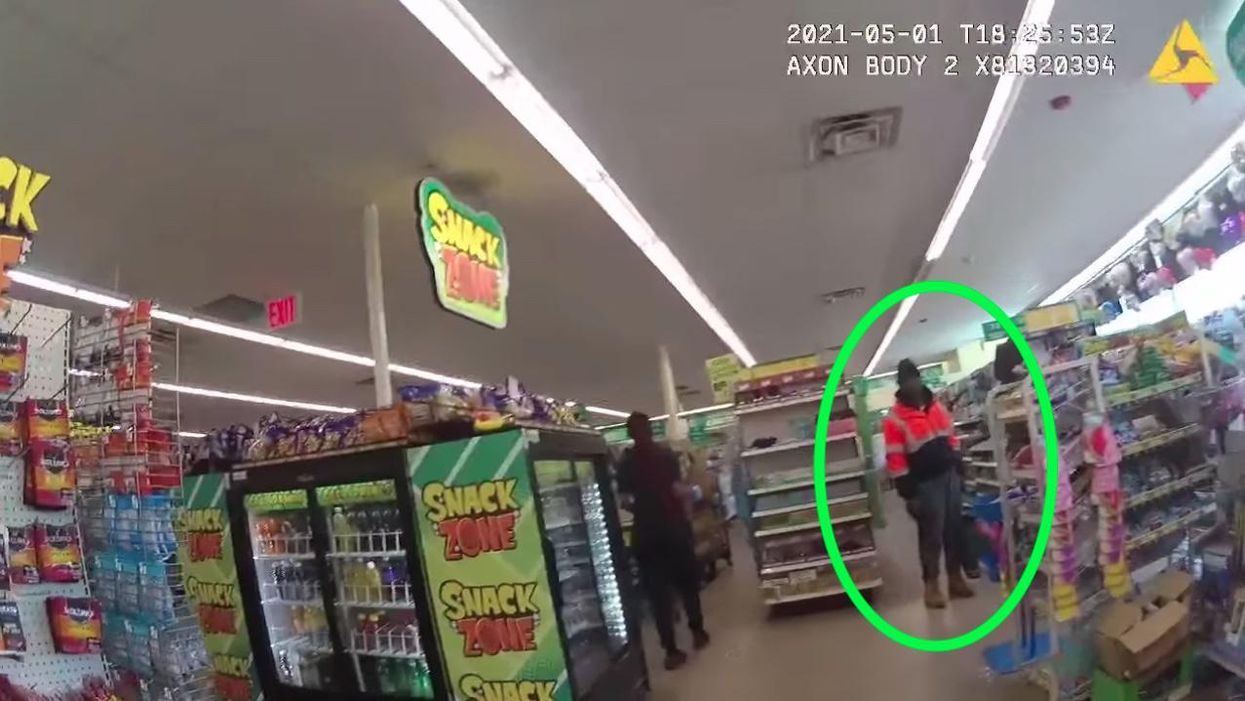 The Dollar Tree in Mount Vernon, New York, called police over the weekend to handle a shoplifter, and police bodycam video showed the cops responding in a way that is earning them plaudits from their department and on social media.

Two members of the Mount Vernon Police Department, identified only as Officers Cartwright and Velez in an MVPD Facebook post, responded to a call from the Dollar Tree saying a man was stealing socks from the store but had not left the premises.

Upon arriving, Cartwright and Velez confronted the suspect and discovered he was homeless. He admitted on video that he was in need of the socks he was pilfering, the MVPD said.

After patting down the man to make sure he had taken nothing else, Cartwright and Velez spoke with the store manager about the situation, and they all agreed that the best option for the situation would be just to buy the socks the man was attempting to steal.

And that is what Officer Cartwright did.

“You’re a little light on some socks?” Cartwright asked, after asking where the man was staying.

The man answered that he was just “walking around.”

“All right, I’ll tell you what,” Cartwright continued. “I’ll buy you a couple pairs of socks though, but you gotta stop stealing. Fair enough?”

“How much are they?” the officer asked the check-out attendant. After learning they were only $1 per pair, he told the store to ring him up for $15 worth.

“Listen, I know how important it is to have a nice pair of socks, especially when you’re out running around and, you know, you got nothing else going on, so we’ll get you taken care of,” Cartwright said. “If you weren’t honest, I wouldn’t have bought them for you.”

According to the MVPD, the Dollar Tree manager authorized the cops not to arrest the suspect and also told the man that “if he was in need, he could just tell her.”

Officer Velez also told the man that if he were in need of services, he could stop by the police department for help.

What did the police department say?

Mount Vernon is a fiercely hard working community that never gets the positive attention it needs. The community is proud and resilient and always keeps its head up and marches on towards a better tomorrow. These positive incidents happen every day in our city, not only with the police, but also with our other municipal employees and with our business partners.

The Officers of the Mount Vernon Police Department will continue to serve our community to the best of our abilities. Thank you to Officers Cartwright, Velez and to all the other Officers that have served proudly over the last year. Your hard work and dedication did not go unnoticed.

What was the community response?

Response to the MVPD’s Facebook video was overwhelmingly positive: