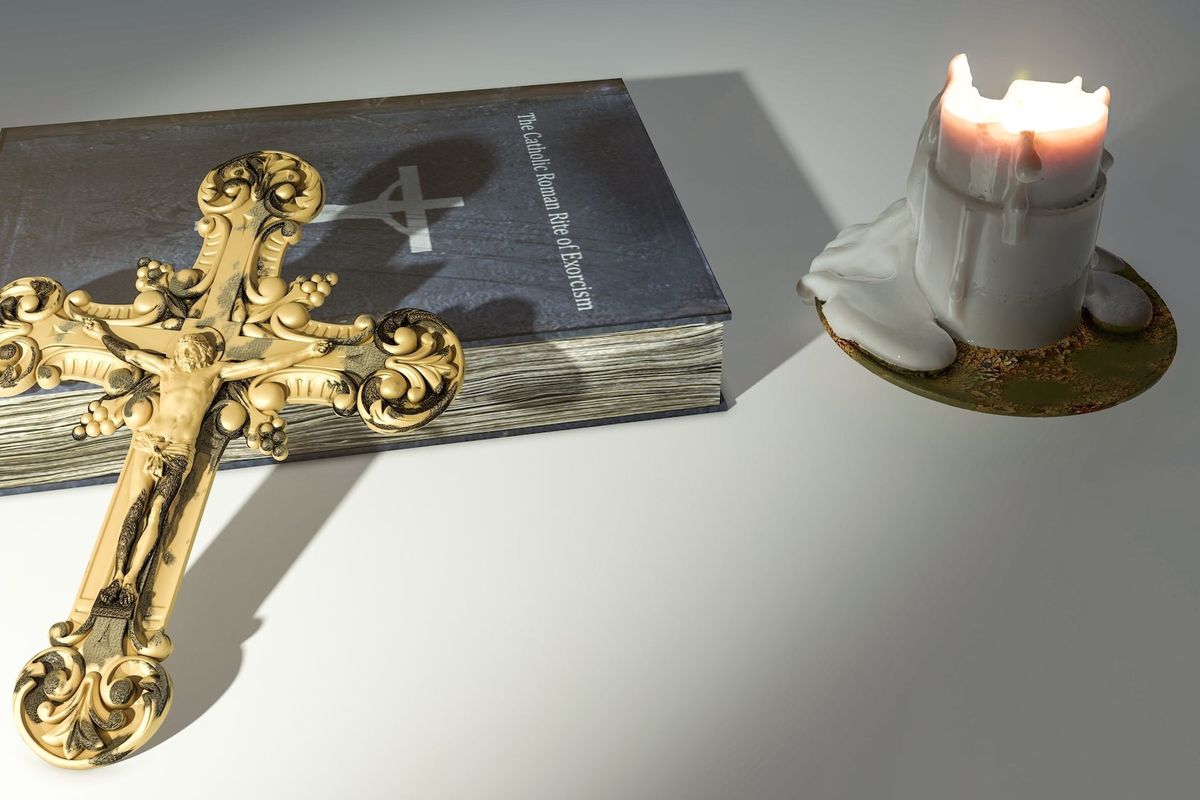 “He walked up the wall, flipped over … and stood there.” And if that’s not strange enough, another eyewitness description proclaimed that a little boy from Indiana “glided backward on the floor, wall and ceiling.”

I remember reading those words in a strange state of shock and wonder. How in the world did a little boy allegedly walk up a wall? I wondered. And why was a mainstream outlet like the Indianapolis Star covering such a bizarre story?

I had a slew of immediate questions about the 2014 story that had come out of Gary, Indiana, about a so-called demon house that was filled with terrifying tales, but the claim about a little boy walking up a wall was the hands-down, most offbeat detail amid the plethora of strange phenomena surrounding Latoya Ammons and her family.

It’s just one of the compelling stories I tell in my new book, “Playing With Fire: A Modern Investigation Into Demons, Exorcisms and Ghosts.”

Former Star journalist Marisa Kwiatkowski opened her now famous 2014 article on the Ammons case titled “The Exorcisms of Latoya Ammons” by reporting that Ammons and her three children “claimed to be possessed by demons.”

The lede was anything but buried, as there were many elements that boldly distinguished the story from other paranormal claims. Among the intriguing facets was the series of prominent people — including a family case manager, a nurse, and veteran police captains — who all seemed to corroborate various pieces of the bizarre puzzle.

So, what exactly unfolded in Ammons’s Gary, Indiana, home? According to her own media account, Ammons said she and her family began experiencing strange phenomena just one month after moving into the rental home.

It was December 2011 when large black flies reportedly started swarming the family’s porch, coming back again and again even after they were killed. Ammons and her mother, Rosa Campbell, told the Star that they also started hearing footsteps coming up from the basement every night — and that it sounded as though the door was repeatedly creaking open.

By March 2012 — just four months after moving into the home — the strangeness kicked up a notch. Campbell told Kwiatkowski about a night when the family found one of Ammons’s children unconscious and levitating. Overwhelmed by the events unfolding in the home, the family sought the help of clairvoyants and local churches.

They purportedly burned sage, drew crosses on the hands and feet of the children using olive oil, and attempted various acts recommended to them in an effort to rid the home of the supernatural forces they believed were infesting it.

None of this worked, though, with the family claiming that their problems only worsened. Ammons and her three kids (at the time aged 7, 9, and 12) all reported experiencing what they described as “possession,” with the purported effects reading like a horror novel.

Ammons and Campbell reportedly told Kwiatkowski that “the kids’ eyes bulged, evil smiles crossed their faces, and their voices deepened every time it happened.” Additionally, the 7-year-old reportedly spoke to another child whom no one else could see.

Ammons soon turned to her children’s doctor for help. Her kids’ bizarre behavior while in the doctor’s office teamed with the family’s claims of paranormal activity led medical professionals to call emergency services. “Twenty years, and I’ve never heard anything like that in my life,” Dr. Geoffrey Onyeukwu, the physician involved in the incident, told the Star. “I was scared myself when I walked into the room.”

Still, not everyone was convinced something supernatural was at play. In the midst of that chaos, a skeptical individual reportedly called the Department of Child Services to file a complaint, which sparked an investigation into Ammons’s mental state (an evaluation by a hospital psychological found “there were no concerns about her mental stability at this time”).

That’s when DCS case manager Valerie Washington entered the picture — and reportedly saw much of the bizarre behavior for herself. Washington’s own account of her interaction with the family included seeing the seven-year-old boy’s eyes roll back in his head and watching him growl. At one point, the boy reportedly said the following to his brother, “speaking in a different deep voice”: “It’s time to die. I will kill you.”

This brings us to that pivotal point in the story: the claim that the boy walked up a wall. Washington’s official DCS report — an account reportedly backed by Willie Lee Walker, a registered nurse who was in the room, says the following about the encounter with the family: “Child became aggressive and walked up the wall as if he was walking on the floor and did a flip over the grandmother. The episode was witnessed by the psych counselor and DCS worker FCM Washington.”

This is a strange line to include in government documentation, but it’s an account Walker later confirmed to Kwiatkowski, telling the reporter that the boy “walked up the wall, flipped over and stood there.” The nurse added, “There’s no way he could’ve done that.”

Washington later indicated that the situation profoundly impacted her. “It’s taken me a while to move past that,” she said of her claim of seeing the boy walk up the wall. “I believe that it was something going on there that was out of the realm of a normal living person.”

As I cover in “Playing With Fire,” other compelling sources have corroborated these elements, among many others.

Despite the fact that some psychologists and skeptics have reportedly felt the story was inauthentic and had more rational roots, the compelling details and unwavering witness testimony had enough legs for mainstream media and the public at large to at least entertain what was claimed, and that’s notable.

Regardless of where you stand on stories like this, there are two essential realities we must remember. The first is found in Ephesians 6:11: “Put on the full armor of God, so that you can take your stand against the devil’s schemes.” This means holding close to the Christian faith, which translates into daily prayer and a healthy relationship with God.

There’s one other reality, though, that is found in the subsequent verse (12): “For our struggle is not against flesh and blood, but against the rulers, against the authorities, against the powers of this dark world and against the spiritual forces of evil in the heavenly realms.”

Excerpted from PLAYING WITH FIRE: A MODERN INVESTIGATION INTO DEMONS, EXORCISM, AND GHOSTS. Copyright © 2020 by Billy Hallowell. Published by Emanate Books, a division of HarperCollins Christian Publishing, Inc. All rights reserved.