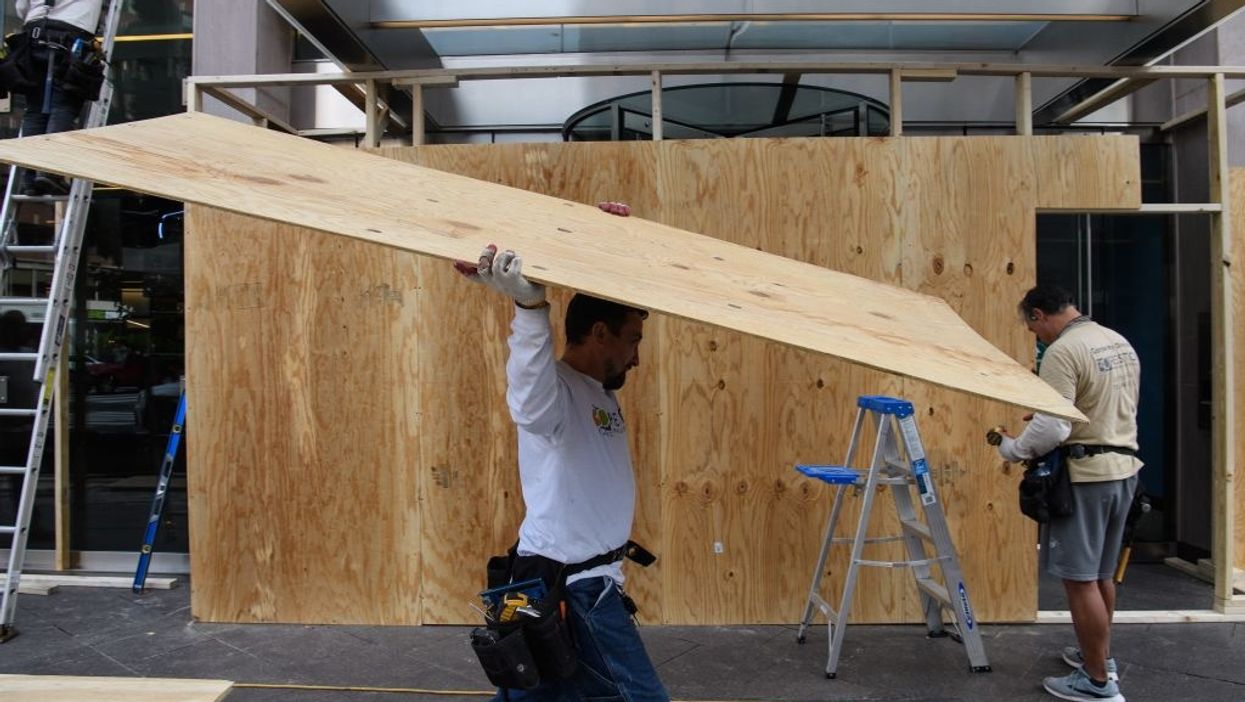 There are still four days until the 2020 presidential election, but businesses in major cities across the United States are already preparing for the worst. This week, there was a major push by businesses to board up storefronts in American cities, including Boston, Chicago, Denver, New York City, Los Angeles, San Francisco, St. Louis, and Washington, D.C.

Many of the large cities have already been plagued with protests and violent riots since the early summer, but business owners are anticipating potentially worse chaos on Election Day, and what could turn into election week(s) when the official winner is declared.

In Washington, D.C., luxury retailers have already begun to board up their shops ahead of Tuesday’s election. Alex Provenzano, who owns a salon in downtown D.C., boarded up his door and windows on Wednesday.

“I’m usually a very positive person; I hope for the best,” Provenzano told USA Today. “But the people are very stressed out, and there is a lot of uncertainty in the country right now. It’s pretty scary.”

There are even barriers and fences being constructed in the neighborhood near the White House.

Washington DC is boarding up shopfronts, preparing for election destruction. This is the 3rd time they’ve done this… https://t.co/nhh2bGLcwR

Stores near the White House have been boarding up windows ahead of Election Day next week: https://t.co/BM0uL6vDOe

Luxury shops in DC are boarding up in anticipation of the election. https://t.co/3VMVkvoMsG

With #ElectionDay only a week away businesses in Downtown #DC are gearing up for what could be a night of violence… https://t.co/QNc38cOUld

Los Angeles has already been hit hard by riots over the past months, which has caused many business to board up previously. Now more business owners are preparing for even more upheaval.

The city of Beverly Hills has reportedly already decided to close down the iconic and swanky Rodeo Drive shopping area on Nov. 3 and 4.

Driving through downtown LA…so many businesses boarded up & in the process of boarding up. Same thing happening i… https://t.co/HsHhcH7sON

Plywood was also seen being put up on storefronts in San Francisco as if a hurricane was imminent.

Shops in downtown SF boarding up in anticipation of the election. https://t.co/lxYjkm82CI

In Boston, portions of the Prudential Center was boarded up on Thursday to prevent property damage.

In case it gets ugly on election day, businesses are boarding up around the Prudential Center in Boston. ⁦@boston25… https://t.co/zqx4wN4Nk7

In Chicago, businesses along the Magnificent Mile shopping area are boarded up, and there are barriers still remaining from previous protests that escalated into civil unrest.

The Santa Monica Police Department said they have no intelligence of civil unrest on Election Day, but said, “We also know that things can change rapidly and are actively monitoring the situation.”

“We have received questions about reinforcing storefronts. As a Police Department, we cannot tell business what to do when it comes to boarding up,” the SMPD statement said. “However, we understand the need to feel secure and we respect your decisions on how to handle your day to day operations. If you choose to board up your business or want to have the materials ready to do so, we support you.”

In New York City, the NYPD advised businesses located in Midtown Manhattan to “take additional security measures in preparation for the possibility of large-scale demonstrations around the coming presidential election,” according to the Wall Street Journal.

The NYPD told businesses they should “move or secure items such as street furniture, trash cans and small planters that are located at sidewalks and plazas adjacent to storefronts before the Nov. 3 election.”

ServiceChannel, which provides facility management software and contractor sourcing for 550 brands, noted that “companies including at least 10 luxury brands had ordered board ups or other security measures at 539 locations around the U.S.,” according to Quartz.

Professionally boarding up a store can cost more than $5,000, and up to $20,000 for a large store, according to ServiceChannel.